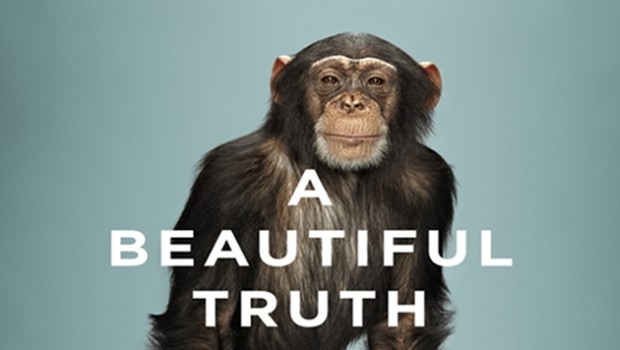 A Beautiful Truth by Colin McAdam

Blurb: Walt and Judy’s happiness has been blighted by their childlessness; although their marriage seems blissful, Judy feels increasingly empty and Walt longs to make her happy again. So one day he brings home Looee – a baby chimpanzee. Looee, exuberant and demanding, immediately fills up the gap in Walt and Judy’s life, and they come to love him as their own son. Like any child, Looee is affectionate and quick to learn, generous and engaging. But he is also a deeply unpredictable animal, and one night their unique family life is changed forever. Told alternately from the perspective of humans and chimpanzees, A Beautiful Truth is a profound and gripping story about the things we hold sacred and the truths of nature we so often ignore. (Granta Books)

“There’ll be readers … who are sceptical of McAdam’s ability to adopt Looee as a character. Any doubts are put to rest early on when, raiding a neighbour’s kitchen at midnight, Looee tucks into pickles tasting “like the bitter insides of Walt and Judy’s ears”. Not only does the detail persuade you that McAdam’s imagination has the necessary reach, it evokes, with deft economy, the domestic intimacy — or chaos — that Looee brings to their lives. Even more impressive is the way that the novel’s style colours our view of the primate mind.”

“This is a very odd and strangely sad story, often related from a chimp’s point of view, about love, nature and humanity.”

“The language throughout is often pared down, perhaps to reflect the animals’ less complicated minds, though motivation is still described. It is unusual, sometimes irksome, but eventually compelling as it gets to the heart of describing the complex politics of the monkey clan.”

“McAdam sprinkles the text with invented words: “plekter” for cage, “rosé” for female genitalia. Much of this derives from The Inheritors, which is told from the perspective of a Neanderthal. McAdam acknowledges the debt when the chimps refer to a mysterious power named “oa” — in The Inheritors, Oa is the Neanderthals’ earth goddess. However, he can’t replicate Golding’s inspired simplicity and restrict himself to subject-appropriate imagery.”

“This experimental, uneven novel, which seeks to demonstrate the similarities between humans and chimpanzees, feels a tad forced and heavy handed, and while there is undoubtedly some beautiful prose and real empathy involved in McAdam’s writing, there are also some rather less convincing elements.”

A Beautiful Truth by Colin McAdam The Omnivore